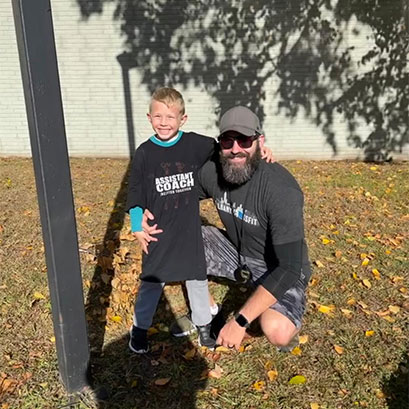 Josh began his CrossFit journey in 2014 and began coaching in 2019. Most recently, he obtained his CrossFit Level 2 Certification in 2022.

Athletics have always been an important part of his life, having spent more than 10 years working in professional hockey as a play-by-play announcer. However, growing up, Josh was mainly a runner through high school and college and had very little weightlifting experience. Doing CrossFit has not only added that enjoyable aspect to his fitness routine, but also improved upon his previous strengths, helping him to complete his first marathon in 2019.

Originally from Boston, Josh has lived in the Capital District since 2010. He resides in Rotterdam with his wife Alex and son Declan.