Workout of the Day

On the Minute Perform:

For the remaining time of each minute, perform a max set of: Thrusters (135/95)

Continue until you complete 100 total Thrusters.

Choose a Wall Ball weight that allows for 8-10 reps each minute.
LT Robert James Kalsu (April 13, 1945 – July 21, 1970) was selected as an Oklahoma Sooner All-American Tackle in 1967. As an eighth-round draft pick of the Buffalo Bills in 1968, he started eight games at Guard and was voted the team’s top rookie in 1968. He began fulfilling his ROTC obligation with the US Army following the ’68 season and started his tour of duty in Vietnam in November of 1969, where he served with Battery C, 2nd Battalion, 11th Artillery, 101st Airborne Division. His MOS was 1193-Field Artillery Unit Commander. LT Bob Kalsu was killed by mortar fire on July 21,1970 at Firebase Ripcord near the Ashau Valley. 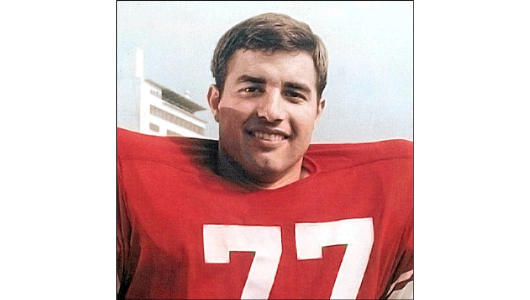